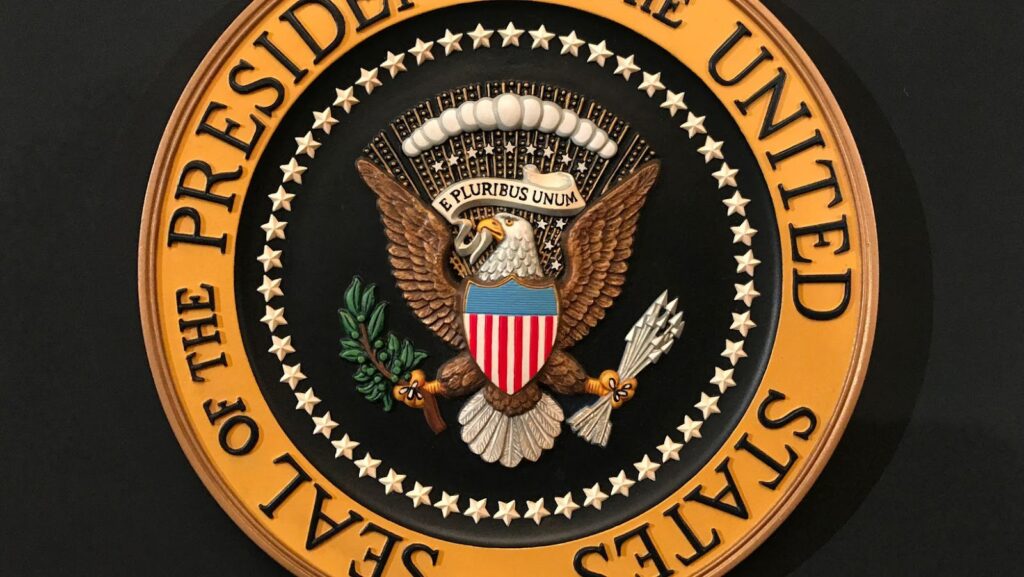 In August 2020, Anthony Levandowski, a former Google engineer, pleaded guilty to stealing self-driving car trade secrets. He had worked on the company’s autonomous vehicle project and left in 2016 to form a rival company. The theft resulted in a legal battle between Uber and Google and Levandowski was sentenced to 18 months in prison for stealing the secrets.

However, he was recently pardoned by President Donald Trump in the final hours of his presidency. In this article, we will look at the story behind the pardon and the implications it could have.

Description of the Engineer

Anthony Levandowski, an engineer well-known in Silicon Valley for his autonomous driving innovations, recently received a full pardon from President Donald Trump. Levandowski pleaded guilty to stealing trade secrets from his time at Google’s self-driving car program in 2019 after being accused by the federal government of downloading more than 14,000 confidential company documents.

Levandowski had been with Google’s self-driving car unit since 2007 and left Google in January 2016 to launch his self-driving truck startup, Otto, which Uber later acquired for $680 million. Following his launch of Otto and before the indictment about two years later by the US Department of Justice for alleged theft of trade secrets from Google, he went on to become a key figure in Silicon Valley’s autonomous vehicle space. He served as the Chief Technology Officer at Uber and its subsidiary Otto before leaving the companies in 2018 following his indictment.

The Secrets Stolen from Google

Anthony Levandowski’s theft of secrets from his former employer, Google, was a bold attempt to appropriate the engineering and expertise that existed. Levandowski had access to information and materials related to the development of Google’s self-driving car technology, known as Waymo.

Levandowski, an engineer with a long history in the field of autonomous vehicles, was accused of stealing confidential information that included self-driving algorithms, blueprints and other technical data. Some of this data included trade secrets related to Google’s light detection and ranging sensors (LIDAR), which detect objects in an autonomous vehicle’s vicinity. He also is alleged to have stolen tens of thousands of files related to the project before abruptly quitting his job at Google’s parent company Alphabet Inc., in January 2016.

The materials Levandowski stole were reported by the Washington Post as being worth up to $1 billion. Realising the value that these materials could be resold for, he quickly sold them for use in competition against his former employer. Levandowski admitted guilt in August 2020 following his indictment for 33 counts of trade secret theft, which resulted in him facing up to 10 years imprisonment or 1 million dollars or both. However, on January 20th 2021 he was controversially pardoned by Donald Trump before serving jail time or paying any fines.

The Theft and Arrest

In February of 2020, the news broke of an engineer who had stolen trade secrets related to self-driving cars from Google. The engineer had been working as a subcontractor for Google, and accessed the trade secrets without authorization. This prompted an FBI investigation, leading to the engineer’s arrest on charges of economic espionage and trade secret theft.

Former Google engineer Anthony Levandowski was arrested in August 2020 on 33 counts of trade secret theft. Levandowski worked as an engineer for Google’s self-driving car project, Waymo, before leaving the company to launch his self-driving trucking startup Otto. In 2016, he allegedly stole documents from Google relating to the development of autonomous vehicles and took them with him when he left the company.

The US government subsequently charged Levandowski with 33 counts of stealing trade secrets from his former employer. Legislators widely condemned his actions on both sides of the political aisle, who saw them as a major violation of intellectual property rights. As a result, he was held in federal prison for 10 months awaiting trial before being pardoned by President Trump in December 2020.

Levandowski’s arrest and subsequent pardon highlighted the importance of protecting intellectual property rights in the tech industry. In addition, they reminded companies to be wary when sharing technical information among staff members and former employees. Despite being pardoned by President Trump, Levandowski still faces civil penalties imposed by former employer Waymo over claims that he misappropriated their trade secrets in making Otto’s self-driving technology.

It is important to be aware of these potential legal liabilities when engaging in technology development projects so that any potential issues can be avoided going forward.

The Investigation and Arrest

In 2019, Anthony Levandowski, a former engineer for Google’s self-driving car project, Waymo, was indicted on 33 counts of theft and attempted theft of trade secrets from Google. He pleaded guilty in March 2020.

The investigation began after Waymo accused Levandowski of stealing over 14,000 confidential files related to technology for its autonomous vehicle program when he left the company in 2016 and started his self-driving firm, Otto. Waymo had sought $1.8 billion from Uber – which bought Otto – over the accusations. Levandowski admitted to downloading the files onto an external drive while working at Google and sending copies to his email account before leaving his job.

In March 2018, Levandowski was arrested by federal agents in Alameda County and taken into custody on 33 counts related to trade secret theft and attempted theft of proprietary information from Waymo. After spending nearly two months in jail and outfitting himself with an ankle monitor to abide by home confinement protocols due to the coronavirus outbreak, he was released on bail at $2 million.

Federal prosecutors said that Levandowski had acted to gain financial gain and fast-track his career in Silicon Valley. In August 2020, President Trump pardoned him before sentencing was announced.

The Trial and Sentencing

This case began when Anthony Levandowski, a former engineer at Google, was charged with stealing trade secrets from the tech giant in 2019. Levandowski was accused of taking over 14,000 confidential files on developing self-driving car technology from Google and using them to create his own autonomous vehicle company.

After a lengthy legal battle, he was sentenced to 18 months in prison in August 2020. However, in January 2021, President Trump pardoned him and granted him amnesty.

This article will look at the case and its outcome:

The US Department of Justice (DOJ) alleged that former Google engineer Anthony Levandowski had stolen the blueprints for the company’s self-driving technology, called LIDAR, shortly before leaving his post. They argued that these blueprints represented trade secrets worth hundreds of millions of dollars. Furthermore, they showed evidence of Levandowski’s intent to use the information at a new job with a competing company.

Levandowski was charged with 33 counts of theft and attempted theft in August 2019 and pled guilty to one count in a deal that prosecutors said would ensure any prison sentence was much lower than it would have been without a plea. According to court documents, he admitted stealing confidential designs from Google before launching his self-driving truck company, which Uber eventually acquired.

In March 2020, prosecutors filed their sentencing memorandum recommending 27 months in prison and forfeiting $756,499 for financial gain Levandowski had obtained due to his actions. They argued that this sentence would serve as deterrence for future miscreants and noted that because these “trade secrets are essential economic currency for American companies who seek to remain competitive globally” it was necessary not only to punish Levandowski but also make clear the seriousness of intellectual property theft.

The Sentencing and Appeal

U.S. District Judge William Alsup imposed a 18-month sentence on Levandowski in August 2020, along with any backlog of jail time the engineer had owed since he pleaded guilty in March 2019. The judge also ruled that Levandowski would have to pay Google $756,499 and serve three years of probation following his release. However, the sentence was significantly less than widespread expectations due to its leniency.

Levandowksi appealed the sentencing order through submitted arguments from his legal team and a brief appearance at an appeals hearing on October 5th, 2020 before the Ninth US Circuit Court of Appeals. After review via an en banc hearing by all qualifying judges, this appellate court allowed the original 18-month conviction and setback to remain in place on December 22nd, 2020.

Despite this ruling, President Trump intervened and issued a full pardon on January 20th 2021 just before leaving office that reversed the conviction entirely without explanation or comment from either party involved with the legal case.

In December 2020, President Donald Trump used his presidential power to pardon Anthony Levandowski, an engineer convicted of stealing trade secrets from Google’s self-driving car program. This pardon symbolised one of the last acts of Trump’s time in office and raised questions about the implications of such a decision. So let’s examine the circumstances behind the pardon and consider its ramifications.

The Reasons Behind the Pardon

Anthony Levandowski, the former Google and Uber self-driving engineer convicted of stealing trade secrets and then selling them to Uber, has been granted a full pardon by President Donald Trump. The move is unexpected, given the nature of Levandowski’s crimes and raises questions about why the pardon was granted.

The decision to pardon Levandowski received mixed reactions from different sectors with some praising it on humanitarian grounds. In contrast, others criticised it as an undeserving reward for an individual whose conduct was considered unlawful by many. Nevertheless, regardless of public opinion or motives behind it, this decision sets an important precedent at least when it comes to high-profile tech industry crimes which now may be less likely to result in severe punishments due to this intervention from President Donald Trump himself.

The Reactions to the Pardon

The pardon was met with mixed reactions by both the public and lawmakers. Despite being a polarising political issue, Democrats and Republicans have spoken out against the president’s decision to pardon the engineer.

Former Google executive Sean Harrison, currently the CEO of electric bicycle company VanMoof, noted that it was “outrageous” for Trump to issue a pardon that disregarded “the law or Silicon Valley workplace safety.”

Even members of Trump’s party publicly questioned whether or not it was justifiable. Republican Senator Ben Sasse said in a statement that “pardons should be used judiciously. Overusing them is an abuse of power and isn’t good for justice or deterrence.”

The full implications of this controversial move remain to be seen. However, it has reignited conversations on the boundaries of presidential pardoning power. Moreover, it shows that even high-profile cases can still be overturned by means outside of the traditional court system. 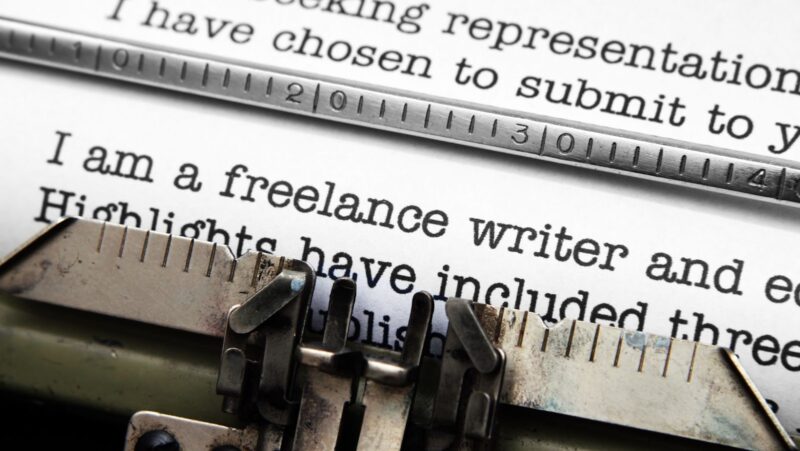 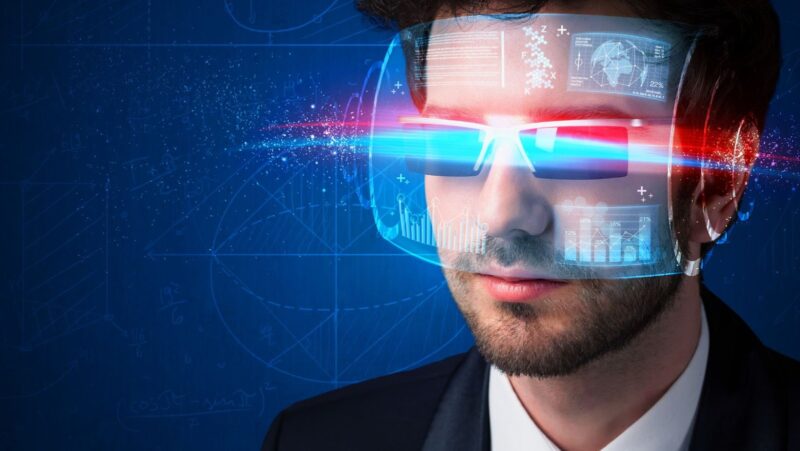 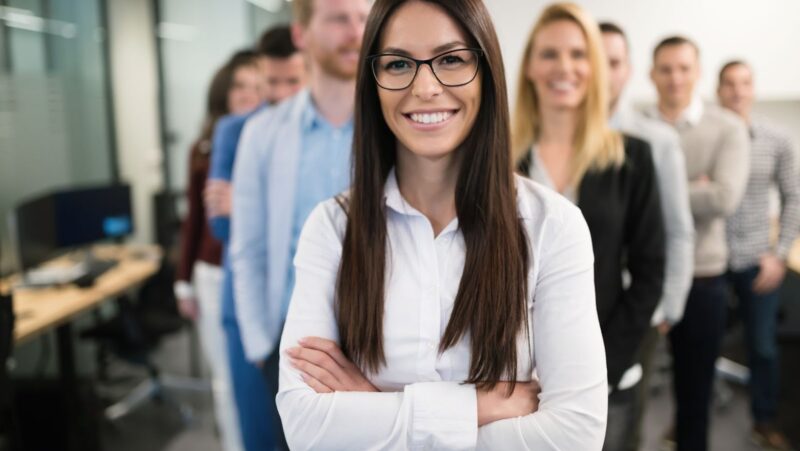